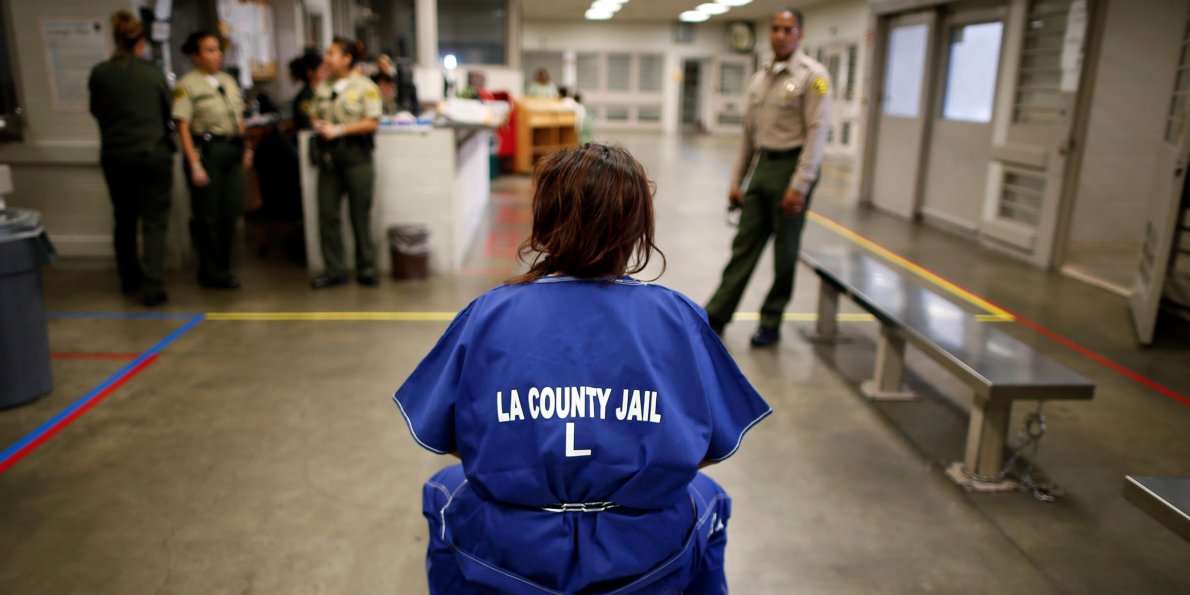 Op-Ed: Reinvesting in Our Communities

I have, admittedly, never been to jail. I’ve never spent months waiting in a detention center, unable to post bail because my family didn’t have an extra $30,000 lying around. I’ve never been pressured to take a plea bargain because, regardless of my guilt, spending three years in prison sounds better than thirty. I’ve never had to re-enter society branded with the modern day Scarlet Letter—my voting rights decimated, my relationships strained, my employment options limited beyond belief. So I don’t know how hard it is. And in this era of seemingly infinite battles—to save our national parks, to support immigrant communities, to protect net neutrality, to empower silenced voices—it’s hard to know where to begin, especially with something as daunting as “dismantling the prison-industrial complex.”

In September I was invited to attend the JusticeLA campaign launch outside the L.A. County Board of Supervisors office downtown. As I read the list of partnering organizations I was in awe: ACLU, Black Lives Matter, Immigrant Youth Coalition, L.A. Voice, Our Revolution L.A., Showing Up For Racial Justice, and dozens more. At the time I didn’t know anything about the county’s new $3.5 billion jail plan, but this felt like my sister, my best friend, my coworker, and my dentist all telling me to watch the same TV show: I should at least give it a shot.

The kickoff event created a stunning image: hundreds of activists in orange “L.A. County Jail” shirts standing atop actual jail beds on Temple Street, directly in front of the Kenneth Hahn Hall of Administration. I grabbed a sign displaying this unsettling statistic: Black people are 8% of L.A.’s population and 30% of those incarcerated. In many ways, it was reminiscent of the Women’s March—a crowd of seemingly disparate groups taking to the streets to make their voices heard. But while the Women’s March was defined by the sheer scope of its message (Save Our Parks! Protect Our Reproductive Rights! Immigrants Are Welcome Here! Not My President!), the JusticeLA launch was notable for its unwavering focus. ACLU, Black Lives Matter, Immigrant Youth Coalition, and the rest of the organizations were not there to promote different messages; they were united behind a singular goal: to stop Los Angeles from spending $3.5 billion dollars on new jails, and instead focus on local services to prevent our neighbors from landing behind bars in the first place.

Jails ostensibly exist to keep us safe, but from everything I’ve read, no studies have been able to prove that increased incarceration has a meaningful impact on reducing crime. So then what does? A living wage, access to holistic health services, stable housing, and (perhaps most compellingly) educational opportunity. While the national recidivism rate is over 75%, it drops below 6% for people who obtain bachelor’s degrees. Dots begin to connect: the cost per year to incarcerate one young person in a “probation camp” is $247,236, which could provide a year of full tuition at Cal State to fifty students.

I will be in the audience, ready to learn more about the jail system and how I can be useful in reclaiming $3.5 billion dollars and reinvesting in our community. You can sign up to attend here: RSVP Justice LA Town Hall —I’ll save you a seat!