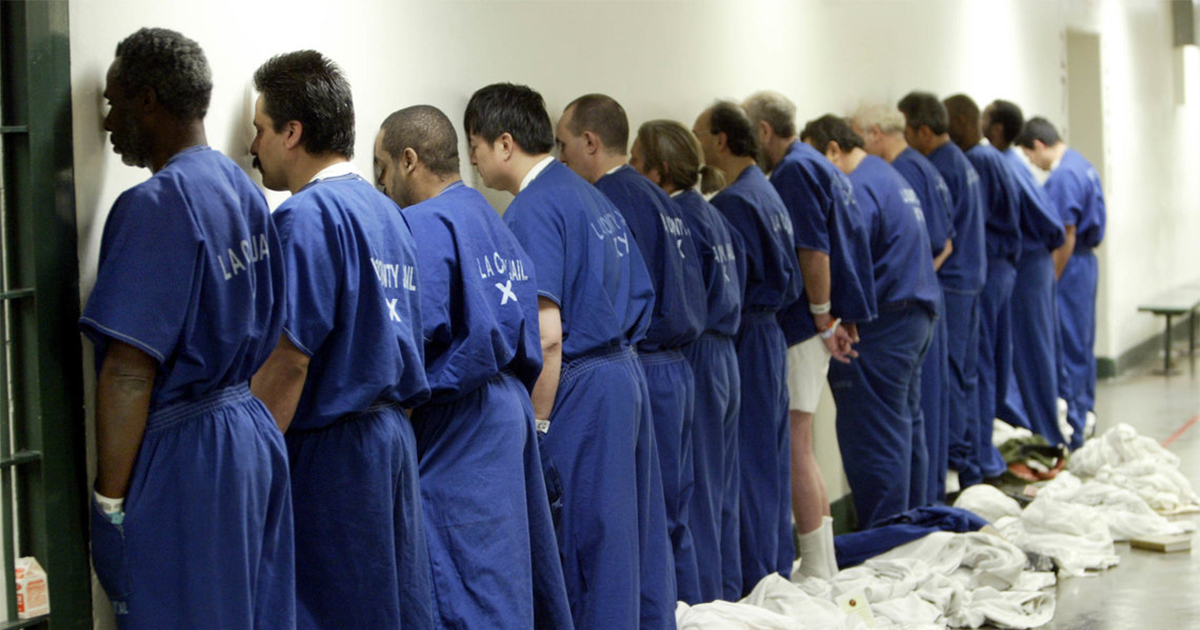 L.A. County Lawmakers Continue to Prioritize and Fund Policing  Over Health and Well Being of Community

LOS ANGELES – For every dollar allocated to the combined Los Angeles County Sheriff’s Department and Probation Department budgets, the Affordable Housing Program, which provides funding for the development and preservation of affordable housing, receives less than one cent. That is just one of the key findings from a new brief released today jointly by JusticeLA,  a coalition of more than 30 social justice organizations in L.A. County along with The Center for Popular Democracy and Law 4 Black Lives and presented to the five-member L.A. County Board of Supervisors.

“A budget is a reflection of your values,” explained Mark Anthony Johnson with JusticeLA.  “Los Angeles County cannot claim to value the safety and wellbeing of Black and Brown families while spending $3.5 billion on jail construction. There is enough research and effective models to draw from making it glaringly clear the problems with this budget. Our County Supervisors need to divest from Sheriff’s, Probation and jails and invest in what works–housing, community-based mental health care and jobs.”

“The over-policing and mass criminalization and incarceration of Black and Brown people is the moral crisis of our time, and the briefing we released today shows Los Angeles County is ground zero in this fight,”  said Jennifer Epps-Addison, Co-Executive Director and Network President of the Center for Popular Democracy. “The L.A. County budget, like every municipal budget nationally, tells a story of where government priorities lie and it is not a pretty narrative. We call on this County again, today, to reverse course on its disastrous and unnecessary $3.5 billion plan to build more jails, and to invest instead in real public safety in the form of essential, life-saving services, resources, and justice. Our communities deserve and need the freedom to thrive.”

Other key findings in the budget brief entitled “Reclaim, Reimagine and Reinvest: An Analysis of Los Angeles County’s Criminalization Budget” include estimates that show that up to ten percent of the 8,000 to 10,000 people released from L.A. County jails each month end up homeless and living on the streets. Similarly, those with mental health issues and drug dependency who are processed through the L.A. County jail system are also likely to find themselves re-arrested and re-incarcerated.

“Across the country, cities, counties and states are re-thinking long standing misplaced investments in incarceration and criminalization,” added Law 4 Black Lives Co-Director Marbre Stahly-Butts.  “Not only are these investments ineffective and expensive, they are also inhumane. There is a growing consensus that punishment, prisons and police are not the solution to mental health issues,   housing instability, drug dependency or poverty. However, this realization is not yet reflected in our budgets. Los Angeles County can and should be a leader in ensuring that our values are reflected in our budgets and that we address public safety and health in holistic, humane and community based ways.”

The report details the historical, current, and proposed investments in criminalization and incarceration by L.A. County. In addition, the analysis highlights alternative investments in community-based public safety solutions that would provide sustainable development for residents, while simultaneously addressing the root causes of health and safety inequities in L.A. County.

The report can be downloaded and read here: http://bit.ly/2z2RxFa.

JUSTICELA is a partnership of organizations working with directly impacted communities fighting to realize the promise of diversion and re-entry through a justice reinvestment strategy for Los Angeles. justicelanow.org

THE CENTER FOR POPULAR DEMOCRACY is a national network of community organizations working to create equity, opportunity, and a dynamic democracy through a pro-worker, pro-immigrant, racial and economic justice agenda. populardemocracy.org

LAW 4 BLACK LIVES is a network of over 3600 radical lawyers, law students, and legal workers committed to helping build the power of Black communities and organizers. law4blacklives.org