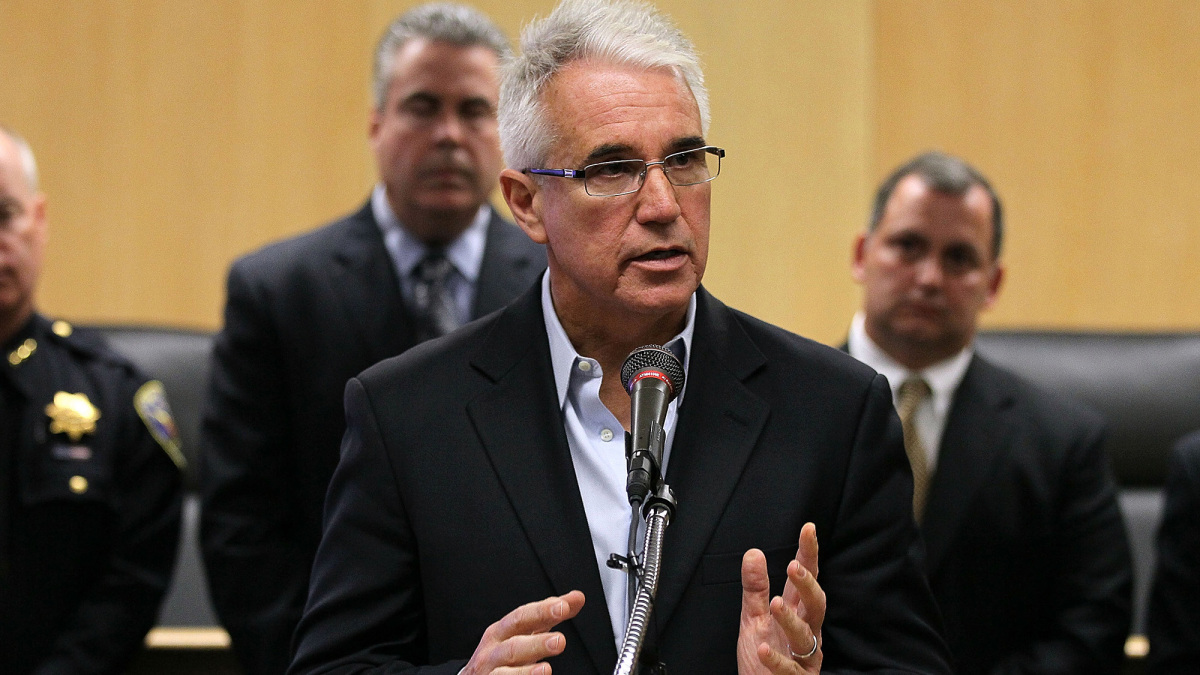 LOS ANGELES – We congratulate Los Angeles County District Attorney George Gascón for beginning his tenure with sweeping changes that seek to redress harms of law enforcement and incarceration on impacted communities.  JusticeLA will remain vigilant regarding accountability in the implementation of these transformative policies. We must be clear that the newly-instated LA DA Gascón’s first policy platform did not emerge without strategic organizing and continued community pressure.

On his first day, LA District Attorney George Gascón has committed his office to do the following:

Justice LA celebrates these necessary steps towards reducing the harms of mass incarceration, police violence and draconian punishments to our communities. While we look forward to seeing the implementation of Gascón’s Day One commitments, we also have additional recommendations for the District Attorney’s office:

Over the last year and a half, the Justice LA Coalition has provided leadership and abolitionist analysis as a part of the Alternatives to Incarceration Workgroup. On March 10th, the County Board of Supervisors made history by moving the Care First, Jails Last Alternatives to Incarceration Workgroup (ATI) Final Report forward, and making the vision of investing in care first a priority in Los Angeles County. In November, 57% of Los Angeles County voters passed Measure J, the Reimagine LA initiative which will invest additional resources into alternatives to incarceration and community-based systems of care while divesting from systems of harm. It is important that the Gascón LA District Attorney’s office acknowledge this recent history and support its implementation by reducing the size and scope of the Los Angeles District Attorney’s office.

The DA must work with the community to establish an accountable LA County DA’s Office, and work to shift the culture within the office so that community-focused rehabilitative and restorative outcomes are prioritized over guilty verdicts and carceral sentences.

Ending Cash bail is not simple

While we applaud the policy of substantially limiting requests for imposition of money bail, it is critical that the alternative will not be risk assessment tools and surveillance, and that the office considers the full collateral consequences of a charge in our communities.

We demand that LA DA Gascón establish a policy and practice that Deputy District Attorneys will not request incarceration for people who violate conditions of pretrial release.

What’s more: LA DA Gascón shared that he will establish a policy and practice that Deputy District Attorneys will consider immigration, housing, employment, health, and other consequences to people accused of crimes when requesting pretrial incarceration. It is vital that this commitment is fully actualized, and that the office will seek to ensure the least restrictive conditions of release instead of relying on pretrial incarceration.

In addition, LA DA Gascón must establish a policy of transparency whereby his office publicly and regularly reports on the DA’s requests for preventive detention and corresponding data so that the public can ensure that preventive detention is not being used in a discriminatory manner to lock more people up.

Finally, the County must establish an independent pretrial services entity, separate from the Probation Department, wherein County residents can access pretrial services with funding reallocated out of law enforcement. LA DA Gascón’s public commitment to preserve the presumption of innocence must include advocating for a reduction in judicial discretion and shifting funding and power out of Probation.

Prioritizing the Care of Survivors/Victims of Violence

While we appreciate the commitment to ending cooperation requirements for people the criminal legal system terms victims, who our movements know are survivors, we must prioritize other forms of care as well.

We commend  DA Gascón for establishing a new policy whereby survivors of police abuse and their families are afforded the same benefits that “crime victims” are meant to receive, including facilitating access to the Victim Compensation Board for families who have lost loved ones due to law enforcement use of lethal force. We will continue to watch to ensure that these supports are provided in practice. Importantly, support for survivors must be housed independently from the District Attorney’s office, rather than within the office, as the county Office of Family Assistance and Communication, which is tasked with supporting families and survivors of Sheriff violence, sits outside of the Sheriff’s Department. This will provide survivors with both a safe haven through which to seek support separate from law enforcement agencies, as well as contribute to the reduction of the District Attorney’s Office’s budget. Both of these shifts are widely supported in the County as a part of the shift from our culture of punishment to one of support that voters have endorsed with the passage of Measure’s R and J during our two recent electoral cycles.

In addition to supporting survivors of law enforcement violence and murder, DA Gascón must ensure fair and impartial investigations into instances of police brutality, misconduct, and lethal force. We are pleased that he will open a Use of Force Review Board supported by civil rights attorneys and community members to review police use of force in numerous cases since 2012. We hope that this Board will fulfill its stated mission of recommending the re-opening of cases where law enforcement officers previously commited egregious acts of harm and murder with impunity. Critically, this Review Board must be separate from the District Attorney’s Office, as numerous community and advocacy voices have emphasized, and the cases that the Review Board recommends for re-opening must be reviewed by the District Attorney’s Office with a commitment to the full support of community members whose loved ones have been stolen by law enforcement murder.

End the Lifetime of Consequences for People

The collateral consequences of an arrest, a conviction, imprisonment, and supervision have devastated communities and created further harm and violence through myriad forms of inequality and oppression due to race, citizenship status, income, gender, and disability.

LA DA Gascón must establish a policy that ends the saddling of Black, Brown, Indigenous, and low-income communities with fines, fees, penalties, assessments, and surcharges collected through the criminal legal system.

Criminal fines and fees place cascading burdens on individuals in the system and their families, entangling them in a spiral of debt and additional court appearances, and placing obstacles in the way of people striving to move forward with their lives. Earlier this year the Board voted to end the imposition and collection of county authorized criminal system fees and erase all past debt. New Board member Holly Mitchell also championed statewide legislation this year that mirrors the LA County policy, which goes into effect in 2021. The District Attorney’s Office must rein in harmful fines and fees practices and support potential state legislation that seeks to eliminate all criminal administrative fees.

The LA DA should exercise its prosecutorial discretion so as to prevent the consequence of deportation and other adverse immigration consequences.

It is necessary for the LA DA to stand firmly behind his previously stated commitment to ending all prosecutions of political protesters who are non-violently exercising their constitutionally guaranteed right to freedom of speech.  The LA DA should ensure that his commitment not to prosecute protesters gets clearly communicated to the LA City Attorney and to all law enforcement agencies who engage in the over policing of direct actions and the unnecessary harassment and brutality enacted upon protesters, which too frequently results in their  incarceration. Law enforcement officers in LA arrive at nearly all peaceful protests in tactical gear and in numbers wildly disproportionate to the level of risk to public safety presented by these direct actions. Police presence typically encountered in LA is often suggestive of military-style engagement, wherein they use a level of force clearly intended to silence and intimidate protesters. LAPD and LASD have secured LA’s reputation as having one of the most violent and repressive law enforcement regimes in the country, and messaging from the LA DA could quell this wave of oppression against protesters.

With the above recommendations guiding our work, Justice LA looks forward to continuing to strive for divestment from systems of harm and reinvestment into our communities. Founded in 2017, Justice LA is a coalition of over 35 community organizations in Los Angeles County working to reduce the footprint of incarceration by stopping jail expansion and reclaiming, reimagining and reinvesting dollars away from incarceration and into community-based systems of care. The Coalition anticipates continued success towards a more just Los Angeles County.