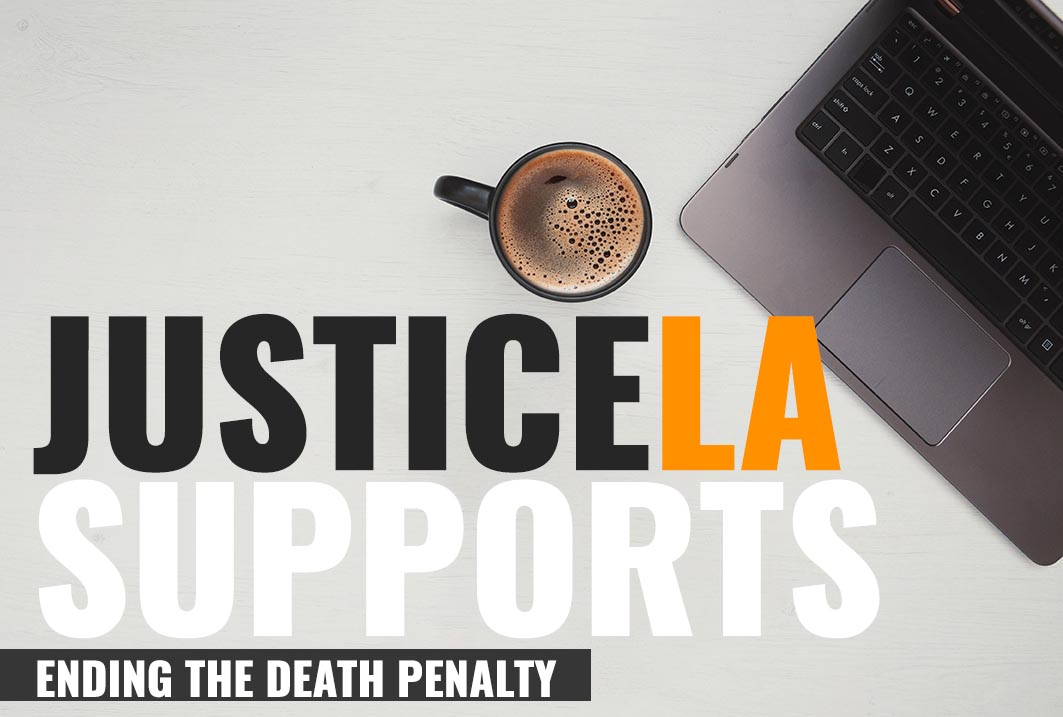 The #JusticeLA Coalition, an alliance of organizations, advocates, and community members impacted by incarceration applauds Governor Gavin Newsom’s moratorium on the death penalty. California has long held the title of the nation’s largest death row — a striking contrast to the state’s image as a progressive stalwart.

Governor Newsom showed the power of principle by halting the practice of state-sanctioned murder, and quite literally saving the lives of 737 people, reminding us that governors have such power. With at least 164 death row exonerations having happened since the reinstatement of the death penalty in 1973, and at least 30 known wrongful convictions on CA’s death row, we face a crisis of state violence and reckless and unprincipled law enforcement that we know is represented in jails and prisons everywhere.

While the death penalty stands as the heinous endgame of the punitive and violet criminal justice system, and the most egregious example of extreme sentencing, California must address the overwhelming population of people serving Life Without Parole (LWOP). Over 5000 people are serving LWOP sentences in California prisons and of the nearly 200 people serving LWOP in CA women’s prisons, the overwhelming majority are survivors of abuse, including intimate partner battering, childhood abuse, sexual violence, and sex trafficking. The structural harm and inequity that feeds the death penalty, feeds all other forms of sentencing as well. Black and Brown people are disproportionately sentenced to LWOP, revealing the same prosecutorial bias and racial discrimination that the Governor himself cited as reason for his decisive and historic end to the death penalty in California.

Governor Newsom now has an opportunity to build on Governor Brown’s unprecedented number of commutations to people serving LWOP sentences in California prisons. While commuting a sentence does not guarantee release from prison, it does guarantee that each person will have the right to see the parole board in their lifetime, rather than being sentenced to spend the rest of their lives in prison under a “living death penalty.” A step away from California’s long standing dissonance of values has occurred with this moratorium, and we hope that our lawmakers follow suit and begin doing more.