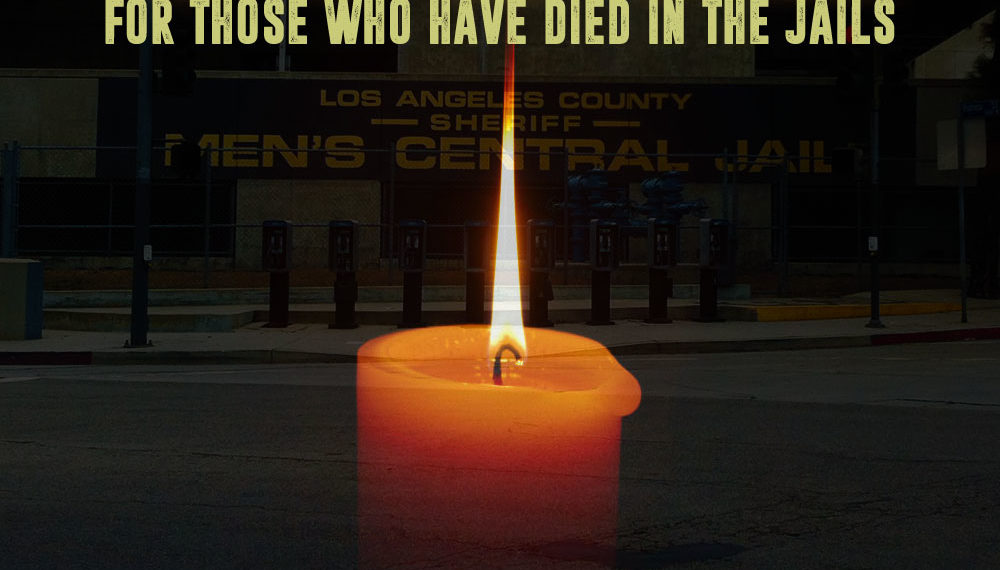 A candlelight vigil will be held outside of Men’s Central Jail on Fri., Oct. 20 at 6:30 p.m. to remember those who have died while in jail.

JusticeLA and Dignity and Power Now will join the families of Juan Correa Jr. and John Horton Thomas III to call attention to the number of inmate deaths in L.A. jails.  Within the span of a month, two inmate deaths were reported two days apart at L.A. County Men’s Central Jail and a third at LAPD’s Metropolitan Detention Center in downtown Los Angeles.

31-year-old Juan Correa Jr., was pronounced dead Sep. 28, after becoming unconscious in the shower at Men’s Central Jail while decontaminating from the pepper spray, authorities said.   John Thomas Horton III died at Men’s Central Jail in 2009.  Battered and bloodied, coroner officials listed his death as a hanging but have stopped short of saying whether it was a suicide or homicide.

Vigil for Those Who Lost Their Lives in L.A. County Jails

Have A Question About this Event?

Vigil for Those Who Lost Their Lives in L.A. County Jails