On Saturday October 28th, 2017 JusticeLA will remember, honor, and invoke the spirits of those who have died in L.A. county jails and in migrant detention in Adelanto Detention Center at Dia De Los Muertos at Hollywood Forever Cemetery. JusticeLA will have an altar set up, which will include an installation of jail beds to evoke the many bodies and spirits that pass through these jail beds; the jail bed is a marker of mourning and of jail expansion.

Join JusticeLA to raise consciousness about L.A. county’s $3.5 billion plan to build two new jails and to encourage folks to #Reimagine what we could do with $3.5 billion instead!

– Los Angeles operates the largest jail system in the word.
– Black people make up 8 % of L.A. County residents but account for 30% of those incarcerated in L.A. County jails.
– Since 2008, L.A County has led the nation in helping to deport over 35,000 migrants and refugees.
– 30% of the L.A. County’s total jail population is suffering from mental illness.

*JusticeLA, in partnership with other organizations working with directly impacted communities, was formed to reclaim, reimagine and reinvest what L.A. County could do with the $3.2 billion allocated to building two new jails. 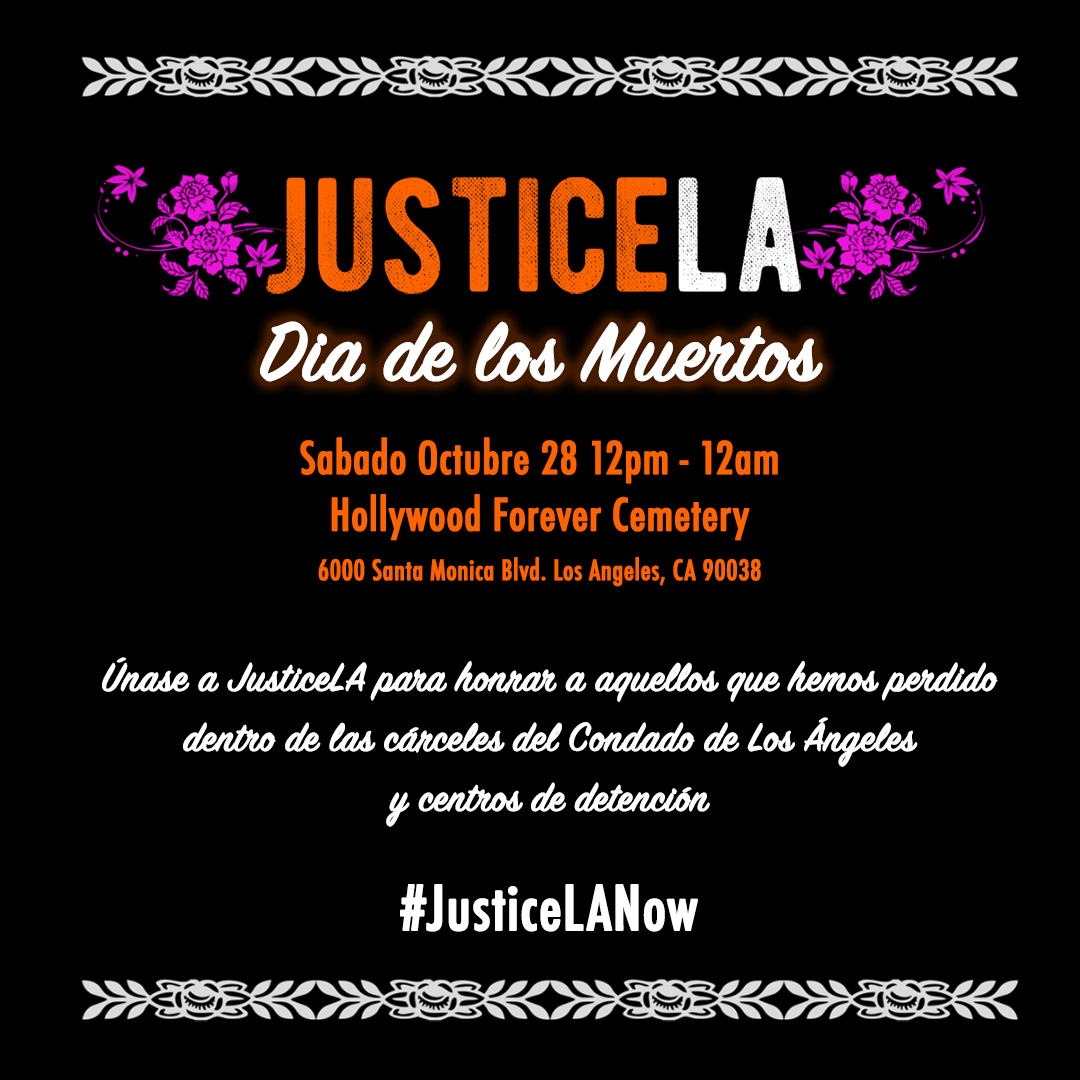 Have A Question About this Event?